The persecution of Jesus

This page explains a few of the events during the persecution and crucifixion of Jesus. Jesus was falsely accused of being an anti-government rebel and was crucified and killed. His persecution fulfilled many Bible prophecies that had been written hundreds of years beforehand.

The plot against Jesus

A few days before the Passover, Jesus again predicted his death. He told his disciples that he would be handed over to be crucified.

At about this time, the chief priests and other community leaders plotted to have Jesus arrested so they could kill Him. They conspired with Judas, one of Jesus' 12 Apostles, and paid him 30 pieces of silver to look for an opportunity to betray Jesus.

The Lord's Supper (the Last Supper)

During the Passover celebration, Jesus gathered with his apostles. He knew that this would be the final meal that he would share with his apostles before his crucifixion. It was at this time that Jesus instituted what is now known in many Christian churches as "communion." It is also called "the Last Supper" or "the Lord's Supper." 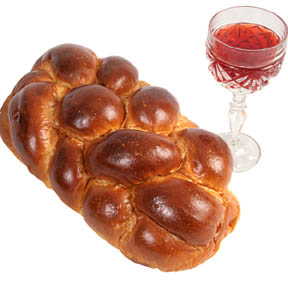 While they were eating, Jesus took bread, gave thanks and broke it, and gave it to his disciples, saying, "Take and eat; this is my body." Then he took the cup, gave thanks and offered it to them, saying, "Drink from it, all of you. This is my blood of the covenant, which is poured out for many for the forgiveness of sins." (Matthew 26:26-28 NIV).

Jesus suffered and died for our sins; he gave up his body and blood for our forgiveness. Many Christian churches celebrate communion at least once a month.

Jesus is betrayed by Judas

Jesus and his followers had entered the Garden of Gethsemane on the Mount of Olives. His disciples were sleeping for the night when a crowd of Roman soldiers and Jewish officials showed up to arrest Jesus. Judas told the soldiers which man was Jesus. Then the men began to arrest Jesus, but Peter used a sword to cut off a man's ear. Jesus scolded Peter for doing that: "Put your sword back in its place," Jesus said to him, "for all who draw the sword will die by the sword." (Matthew 26:52). Jesus healed the injured man's ear and then allowed Himself to be arrested and led away.

Chapter 26 of the Bible's book of Matthew begins with a prophecy from Jesus that he would be betrayed and handed over to be crucified. And the chapter ends with the fulfillment of another of Jesus' prophecies - that Peter, Jesus' loyal Apostle, would deny knowing Jesus three times before the break of dawn.

After Jesus was arrested and led away by the soldiers, Peter followed them into the courtyard of the high priest. He took a seat near some of the guards and waited to see what would happen with Jesus. A servant walked up to Peter and asked him if he was with Jesus. Peter said "I don't know what you're talking about."

When Peter remembered that Jesus had predicted Peter's denials, Peter began to weep because he had denied knowing the Lord.

Jesus is interrogated, mocked and put on trial

Chapter 27 of the Bible's book of Matthew explains that Jesus was falsely accused of being an anti-government rebel. He appears before Pontius Pilate, the Roman governor of the land of the Jews, and eventually is condemned. Jesus then was beaten and mocked by Roman soldiers.

Then the governor's soldiers took Jesus into the Praetorium and gathered the whole company of soldiers around him. They stripped him and put a scarlet robe on him, and then twisted together a crown of thorns and set it on his head. They put a staff in his right hand and knelt in front of him and mocked him. "Hail, king of the Jews!" they said. They spit on him, and took the staff and struck him on the head again and again. After they had mocked him, they took off the robe and put his own clothes on him. Then they led him away to crucify him. - Matthew 27:27-31 (NIV).

After the trial, Jesus was beaten and whipped. Then he was given a cross to carry and led to Calvary. There, he was nailed to the cross, through his wrists and feet. The cross was raised and Jesus was left to die. Many people had gathered to watch. Some mocked Jesus as he was dying. Others mourned for him. In Luke 23:34, Jesus said, "Father, forgive them, for they do not know what they are doing."

After Jesus had died on the cross, a Roman soldier pierced Jesus with a spear to make sure he was dead. Two men had asked permission to take Jesus' body and bury Him The two men were Joseph of Arimathea and a man named Nicodemus. Jesus was taken down from the cross, wrapped in clothe and placed into an empty tomb owned by Joseph of Arimathea. A large stone was placed in front of the tomb to close off the burial chamber. The Romans also posted a guard at the tomb to prevent anyone from stealing the body.

A selection of Bible prophecies explained